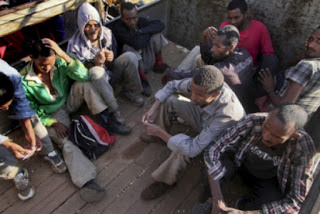 NKOLE MULAMBIA, Ndola
THE Department of Immigration has arrested 51 suspected illegal immigrants in an operation conducted in four townships of Lusaka, public relations officer Namati Nshinka has said.
Mr Nshinka said in a statement yesterday that the suspects were rounded up during an operation on Friday and Saturday in Chawama, Emmasdale, Zani Muone and Kabanana townships.
Of the 51 suspects, 20 are Zimbabweans, 13 Somalis, four Rwandans, six Tanzanians and two Burundians.
Two Zambians were also picked up for obstructing immigration officers in the execution of their duties.