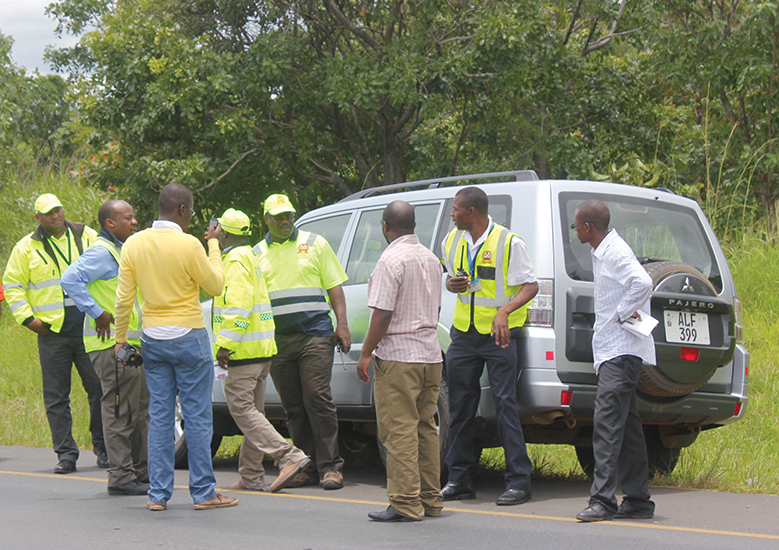 By VIOLET MENGO
THE Road Transport and Safety Agency (RTSA) and the Zambia Police Service have called on motorists to desist from bribing traffic police officers to avoid compromising road safety.
Speaking when he featured on Radio Phoenixâ€™s Let the people talk programme on Tuesday, RTSA deputy director for safety Gladwell Banda saidÂ  bribing traffic officers is a serious offence and people should desist from negotiating whenever they commit traffic offences.
He said motorists must always comply with road traffic officers to ensure safety on the roads.
â€œWe regulate and enforce the law, there is an opportunity for people to be educated but above all, it is important that motorists follow the road rules, this is the only way we can reduce road accidents,â€ Mr Banda said.
He said RTSA has been working closely with relevant stakeholders to ensure road safety and to reduce fatalities by 50 percent by the year 2020 in line with the United Nations (UN) decade of action on road safety.
Mr Banda also said the fast track court introduced last October has been helping motorists to adhere to traffic rules.
â€œWe are scaling-up on the fast track court to other provincial centres, since the fast track court started, the agency has handled over 5,000 cases,â€ Mr Banda said.
He said the police and RTSA have a common goal of ensuring road safety.
And Zambia Police Service Traffic Officer Brighton Siwale said the number of road traffic accidents being recorded is alarming.
Mr Siwale said it is unfortunate that some road users fear the presence of law enforcement officers and they end up breaking the law.
â€œMost bus drivers have the attitude of giving the bus to another driver just when the leave the station, putting the lives of commuters at risk,â€ he said.
He appealed to commuters to play a role to ensuring road safety by reporting reckless drivers to the authorities.