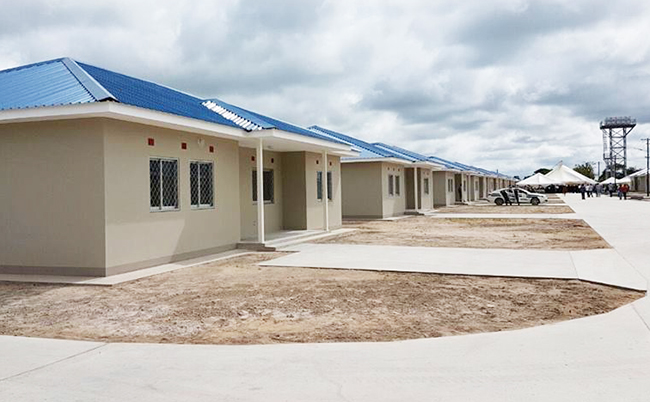 KALONDE NYATI, JACK ZIMBA, Lusaka
TWO upmarket housing projects worth US$40 million have been launched in Lusaka by Egyptian investor Hawai Real Estate Limited and Lamasat International Limited as part of the companies’ commitment to address the housing deficit.

The projects dubbed ‘Elites’ will be located in Lusaka’s Lilayi and Leopards Hill and will come with various social amenities such as shopping malls.

Speaking during the unveiling of the projects on Saturday evening, Hawai Real Estate Limited chairman Ahmed Metwally said 100 and 50 housing units will be constructed in Lilayi and Leopards Hill respectively.
“Customers have to make a 10 percent deposit and we will immediately start building and this will be completed within three years. Hawai Real Estate and Lamasat have joined forces to deliver to the Zambian market innovative and luxurious projects,” he said.
Officiating at the event, Minister of Housing and Infrastructure Development Ronald Chitotela, who commended the two firms for the initiative, said Government’s objectives of ensuring effective delivery of housing will only be achieved with the support of the private sector.
Mr Chitotela also called on the investors to ensure that local materials and labour are used for the projects to be meaningful.
He said the investors should consider investing in other parts of the country unlike the current trend where most housing projects are being developed in Lusaka.
“We need to crowd out Lusaka by investing in other areas [and] by doing so, you will reduce the burden mass urbanisation comes with. Everyone wants to live in Lusaka because it is considered to be more developed and this becomes a burden on Government,” he said.
Earlier, Elites projects managing director Mohamed Shokri assured Government that it will replicate the project in Livingstone and Siavonga.
Mr Shokri said construction of the houses starts today after nine buyers made a 10 percent deposit during the launch.
Meanwhile, the two companies will hand over K100,000 (10 percent proceeds) to University Teaching Hospital from the first 10 houses it will sell to improve health care services.

Women urged to venture into construction