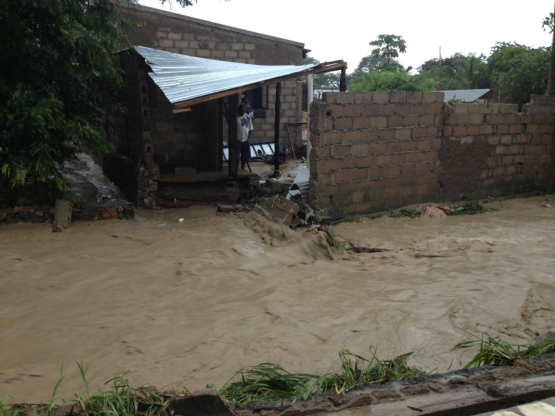 MIKE MUGALA, Lusaka
OVER 40 families in Siavonga have been left homeless since the beginning of this rainy season following the collapsing of their houses.
Siavonga district commissioner Lovemore Kanyama said in an interview that many bridges have also collapsed due to heavy rains that have characterised the rainy season in the district in the recent days.
â€œThe number of houses collapsing due to heavy rains has reached 47 since December last year. We have asked the affected families to find alternative places from which they can squat temporarily,â€ he said.
Mr Kanyama his office will find land on which the affected families can build new houses at the end of the rainy season.
He said only 28 out of the 47 families have received relief food and support from the Disaster Management and Mitigation Unit (DMMU).
â€œWe appeal to Government to assist us support the 19 remaining families with relief food and other necessities. We urge the affected families to be calm as my office is doing everything possible to address the situation,â€ Mr Kanyama said.
On damaged bridges, he said this has made travel by road difficult and that most business activities in the district have stalled.
â€œMost parts of the district are not easily accessible and people are unable to conduct their day to day businesses,â€ Mr Kanyama said.
Meanwhile, Mr Kanyama has commended Government for quickly responding to the outbreak of armyworms.
He said the District Agricultural Office (DACO) is on the ground sensitising farmers on control measures.
And Munali member of Parliament (MP) Nkandu Luo has called on councillors in her constituency to identify vulnerable aged people to be placed on an empowerment programme aimed at sustaining their livelihoods, reports Priscilla Mwila.
Ms Luo said there is need for the private sector to partner with Government to improve living standards for the vulnerable in Zambia.
She said this when she visited and donated blankets and assorted food stuffs to 15 elderly men and women in Munali Constituency in Lusaka yesterday.