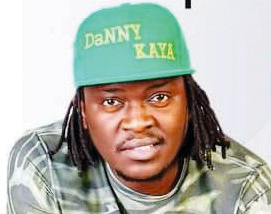 ZIO MWALE, Lusaka
LEGENDARY musicians Israel, Hamoba, K’ Millian, Ty2 and the Sakala Brothers this weekend join Danny Kaya in a triple celebration which starts with an album launch in Lusaka and extends to the Copperbelt.
Danny’s 40-20-10 album launch which started in Lusaka yesterday Lusaka at Levy Business Park, moves to the Edgar Chagwa Lungu Mall in Kitwe today.
Dubbed Danny Kaya Music Fest, the event which is organised by Onions and Greens, will also feature a performance from Kantu, DJ Bizzy Wizzy and DJ Vjeezy.
The 40-20-10 concept, celebrates Danny’s legendary music career. The theme ‘40-20-10’ denotes the fact that Danny is 40 years of age this year; has been in the music industry for 20 years; and has 10 albums to his name.http://epaper.daily-mail.co.zm/

A ‘toxic’ hip-hop experience
Step Afrika back to Africa