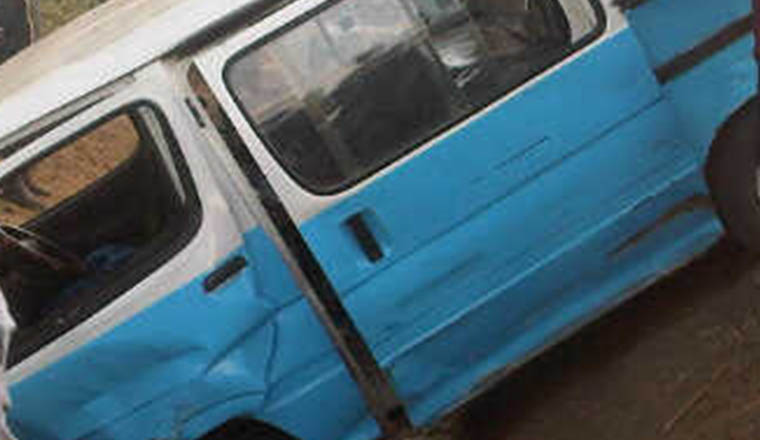 By SHIKANDA SILUNGWE and NANCY SIAME
FOUR people, including a baby, died on the spot while 18 others sustained serious injuries after an overloaded Toyota Hiace minibus overturned on the Kalomo-Zimba Road.
And a 38-year-old man ofÂ  Kalenje village in MbalaÂ  has allegedly murdered his friend, whom he found having sex with his wife for a second time.
Southern Province commissioner of police Mary Chikwanda said in an interview yesterday that the accident happened on Wednesday around 10:30 hours, 15kms south of Kalomo.
â€œThe accident was bad.Â  I donâ€™t know if the deceased will be identified if not found with identity cards,â€ Ms Chikwanda said.
He said police suspect that the driver of the minibus, registration number AKB 310, identified as Clement Samilando, 24, of Kamuzu Township in Choma, was over-speeding when the vehicle careered off the road and overturned after a tyre burst.
Ms Chikwanda said the minibus, which was headed for Livingstone from Choma, was overloaded with 22 passengers on board.
She said Mr Samilando lost control of the vehicle when the rear left tyre burst.
â€œDrivers should ensure that the vehicles are road-worthy to avoid road traffic accidents,â€ Ms Chikwanda said.
She also warned motorists against over-speeding and over-loading.
Ms Chikwanda said that the bodies are in Kalomo District Hospital awaiting identification while the casualties were taken to Choma, Zimba, Kalomo District hospitals and Livingstone General Hospital.
In the murder incident, Northern Province commissioner of police Charity Katanga said in a separate interview that the incident happened on Tuesday around 22:00 hours at Kalenje village in Chief Mpandeâ€™s area.
Ms Katanga identified the suspect as Paul Sinkonde, who is on the run, and the deceased as Kedrick Sichimba, 38.Â  Both are of Kalenje village.
â€œSinkonde was away and when he arrived at home, he allegedly found Mr Sichimba and his wife on the matrimonial bed having sex,â€ Ms Katanga said.
She said Sinkonde allegedly used a pestle (pounding stick) to assault Mr Sichimba before reaching for an axe and hacked him to death.
â€œThe deceased sustained a fractured right arm and cuts on the head,â€ she said.
Ms Katanga said Sinkondeâ€™s wife, who is pregnant, ran away as her husband attacked Mr Sichimba.
Ms Katanga said this was not the first time Mr Sichimba and Sinkondeâ€™s wife were allegedly found having sex.
She said in 2011, Mr Sichimba was fined K1,000 which was to be paid to Sinkonde for alleged adultery.
Ms Katanga said this was revealed by Kalenje village headman Caephas Kalenje, 55.
â€œThe body of the deceased is in Mbala hospital mortuary and the hunt for the suspect and his wife has been intensified,â€ Ms Katanga said.