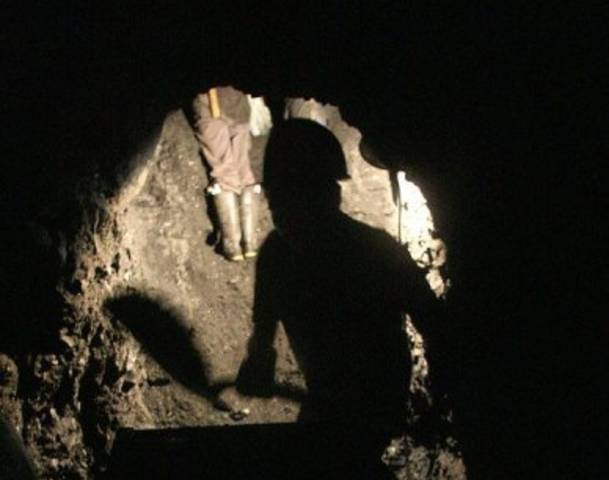 HONE SIAME, NKOMBO KACHEMBA, Kitwe
OPERATIONS at Mopani Copper Mines (MCM) South Ore Body Shaft have been temporarily suspended following the death of four miners in an underground mine accident on Sunday.
By press time yesterday, MCMâ€™s rescue team and engineers of the mining company had not retrieved any of the four bodies which are trapped underground.
The deceased miners, who were working as machine operators, have been identified as Emmanuel Kyongola of J59 Chamboli, Honest Mushota of 74 Geddes Street (Nkana East), Arnold Mambwe of H2-63 Chamboli and Abel Mutali of 893 Ndeke township.
MCM corporate affairs manager Cephas Sinyangwe and Mineworkers Union of Zambia (MUZ) acting general secretary George Mumba said in Kitwe yesterday that the rescue team was still searching for the bodies.
â€œThe rescue team has not yet retrieved the bodies. They are still trapped in the soils. We donâ€™t know how long it will take to retrieve the bodies,â€ Mr Mumba said.
Mr Sinyangwe said the rescue team is on the ground working tirelessly to retrieve the bodies.
â€œIt is a huge operation and our team is on the ground,â€ Mr Sinyangwe said.
Copperbelt commissioner of police Joyce Kasosa on Monday said it could take two or more days to retrieve the bodies.
The four was buried alive on Sunday around 23:00 hours in a rock fall.
The night shift on 3,240 feet level had over 90 miners on duty.
Meanwhile, the families of the four miners yesterday wept uncontrollably as Copperbelt Minister Mwenya Musenge, led senior Government officials in consoling bereaved families, NKOMBO KACHEMBA, HONE SIAME report from Kitwe.
And Government has directed the Mines and Safety Department to institute thorough investigations into the cause of the mine accident, which has claimed lives at MCMâ€™s South Orebody Shaft.
Mr Musenge, who was accompanied by Deputy Minister of Mines, Energy and Water Development Richard Musukwa, Kitwe district commissioner Chanda Kabwe and mine union officials, visited all the four funeral houses to console the bereaved families.
And Mr Musukwa said government is saddened by the accident and assured the mourners that a team of mine experts and engineers has been constituted to retrieve the four bodies.
â€œAs government, we are working with Mopani Copper Mines to ensure that the bodies of the miners are retrieved. The team constituted to carry out the operation is working round the clock to ensure that the four bodies are retrieved,â€ Mr Musukwa said.
And Minister of Information and Broadcasting services Chishimba Kambwili, who has lost a nephew, Honest Mushota, in the same mine accident, commended Government for the support rendered to the bereaved families.
MrÂ  Kambwili, however, called on Mopani Copper Mines to avail the bereaved families with information about the cause of the accident and progress the mining firm has madeÂ  in its rescue operations.
â€œAs a family, we appreciate your coming here to mourn with us. I lost a nephew in that mine accident who happens to be the son to my sister. As a family, we would like to know what transpired because we havenâ€™t been availed with any information up to now,â€ Mr Kambwili said.

Kambwili calls for patience over mine jobs