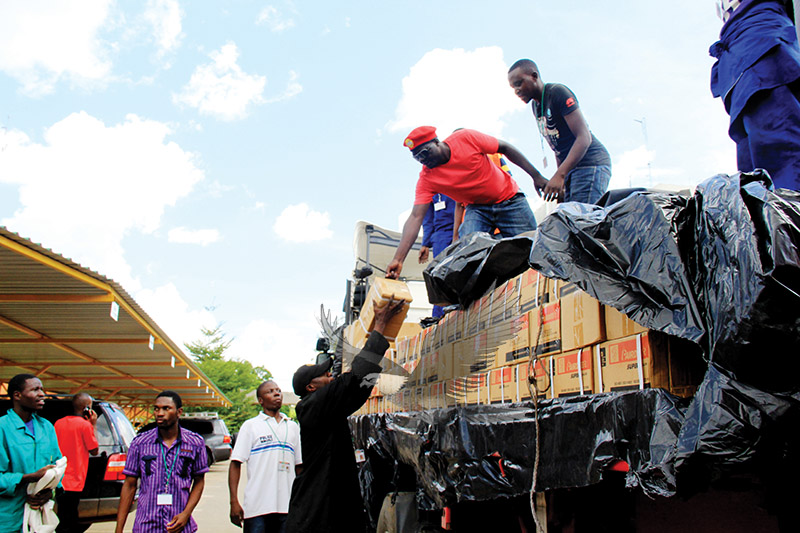 CHOMBA MUSIKA, Lusaka
A PETITIONER has told the Commission of Inquiry on voting patterns and electoral violence that a mob of about 300 suspected United Party for National Development (UPND) raided his house, roughed up his two-year-old daughter and beat up his dogs a day before the August 11 general elections.
In his submission, Watson Mtonga, 48, a civic leader and businessman of Mtendere township, said he jumped over three wall fences fleeing the violent UPND cadres who also looted his bar and stoned his vehicles.
In October this year, President Lungu appointed a 15-member Commission of Inquiry to examine the causes of the political violence before and after the August 11, 2016 general elections.
The Justice Munalula Lisimba-led Commission will also inquire into the voting patterns between 2006 and 2016 and the root causes of these patterns.
The commission will also examine to what extent the pre-election political violence could have influenced the voting patterns in the August 11 general elections.
Presenting his oral submissions, Mr Mtonga, who is also Patriotic Front (PF) Mtendere ward 30 councillor, said he is still traumatised by the violent attacks by the suspected UPND cadres, especially that no suspect has been arrested for the destruction of his property.
â€œMy heart bleeds at the sight of political violence, especially the one that took place on August 10, 2016 in Mtendere ward where I was an aspiring candidate under PF.
â€œMy house was destroyed beyond recognition by [suspected] UPND cadres wearing red berets,â€ Mr Mtonga, who described the ordeal as devastating, said.
He said the â€œruthlessâ€ cadres, who were attending their last campaign rally within the ward, also smashed windscreens of his Toyota Spacio and Toyota Noah, which are currently in police custody.
â€œThe barbarians [suspected UPND cadres] broke the gate to my house and even beat up my daughter and the dogs,â€ Mr Mtonga said.
He said it is disappointing that police officers, who later arrived at the scene, did not do much to arrest the situation.
â€œThe police were partisan and thought that there was going to be a regime change.Â  One of them even told me that the attack at my house was part of politics,â€ Mr Mtonga said.
He recommended that perpetrators of political violence be imprisoned or severally punished to deter would-be offenders.
Mr Mtonga also recommended the need to retrain police officers on their need to be politically impartial in their execution of duty.
His submissions attracted several questions from the Commissioners with Mr Reuben Lifuka asking whether Mr Mtonga witnessed or heard of any political violence allegedly perpetrated by PF in Munali constituency.
In response, Mr Mtonga responded in the affirmative, saying â€œI heard of the much publicised incident where PF cadres attacked a bus [belonging to the UPND]â€.
â€œBut violence is violence regardless of the person who perpetrates it and I am wondering why the incident at my house was not rebuked as much as the one involving the PF cadres,â€ he said.
When asked for a recommendation on how best police can professionally police political campaigns, Mr Mtonga said the police need to be retrained on the importance of being non-partisan in their execution of duty.
â€œAll political parties look up to the police for safety and if they [police] become partisan, then lives will continue being lost.
â€œThey need to protect all Zambians by putting up proactive measures to prevent violence,â€ Mr Mtonga said.