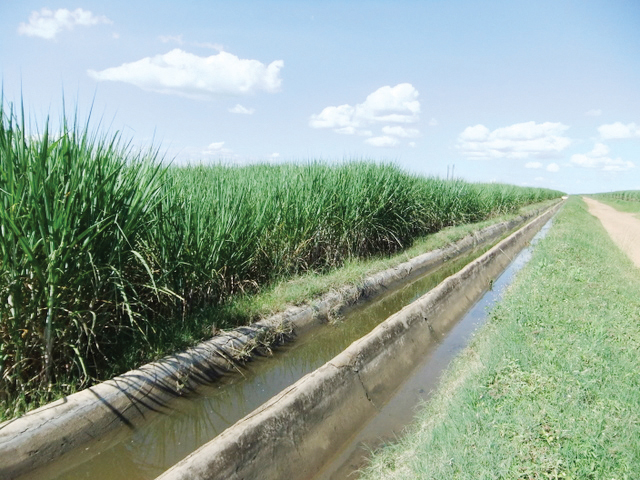 NANCY MWAPE, Lusaka
NAVA Bharat, the parent company of Maamba Colliers Limited, has set aside US$300 million for at 10,000 hectares integrated sugar estate in Kawambwa.
The multi-million dollar project, which is under the name Kawambwa Sugar Limited, is expected to start by the third quarter.

In an interview on Tuesday, Kawambwa Sugar Limited projects head Godthi Murthy said the company will establish one of the biggest sugar plantations in Zambia with an estimated plant capacity of 7,500 tonnes of cane to be crushed per day.
Mr Murthy said the project is expected to create 500 permanent jobs and will have 3,000 seasonal workers, besides indirectly creating 15,000 jobs.
“The investment will create thousands of jobs for the people in Luapula Province and also empower local people to venture into out-grower schemes to supply sugar cane to the company,” he said.
Mr Murthy said activities such as clearing of the field, development of sugar cane seed and roadworks in the estate are expected to start this August.
He said the firm will be producing quality sugar, which has sweet liquid inside sugar cane stalks, contains sucrose used to produce sugar and ethanol used to produce electricity, which will be fed into the national grid through Zesco Limited.
“We plan to produce 20 megawatts (MW) of power from sugar, out of which 15MW will be fed into the national grid and the remaining five used in the plant. We will also be producing fuel ethanol from sugar cane waste,’’ he said.
Mr Murthy said sugar cane is one of the most promising agricultural sources of biomass energy in the world. It produces mainly two types of biomass, cane trash and bagasse.
Cane trash is the field residue remaining after harvesting the cane stalk while the bagasse is the milling by-product which remains after extracting sugar from the stalk.
“Bagasse has been traditionally used as a fuel in the sugar mill itself, to produce steam for the process and electricity for its own use.
“Once implemented, the project will create competition to players in the sugar industry and reduce on the price of sugar on the market,” he said.