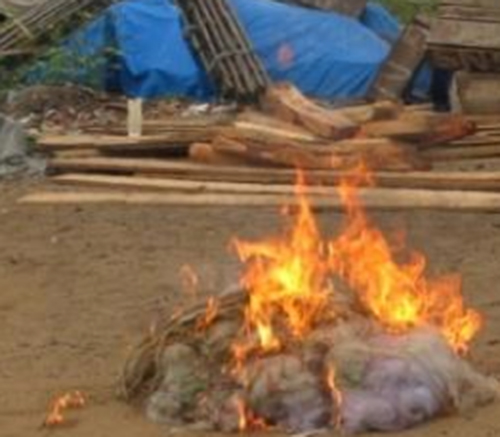 NKOMBO KACHEMBA & ALEX NJOVU, Chililabombwe
A TEAM of officers from Chililabombwe Municipal Council (CMC), the Department of Veterinary Services and Fisheries Department have destroyed 24 boxes of rotten fish weighing 2,400kgs at Kasumbalesa border post.
Chililabombwe district veterinary officer Joshua Bwembya said in an interview from Chililabombwe that the 24 boxes of fish, belonging to Suhails International were destroyed on Thursday in a bid to prevent the outbreak of diseases at Kasumbalesa border because rotten fish has a foul smell which attracts a lot of flies.
â€œWe have seen an influx of imported fish at Kasumbalesa border post, some of it usually goes bad due to poor refrigeration. Just on Thursday, we destroyed fish weighing 2,400 at the border because it had gone bad,â€ Dr Bwembya said.
He also urged traders who import fish from Namibia to obtain import permits from the authorities so that law enforcement agents do not seize their fish.