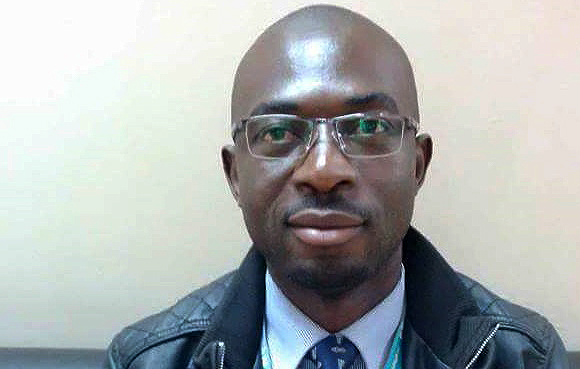 Analysis: PETER SICHINSAMBWE
THE 2019 budget is tough but hopeful and seems realistic in line with our baseline expectations and it will put government finances back on a trajectory that attempts to consolidate the fiscal position and provide a firm foundation for us to return to moderate debt levels, entrench overall macroeconomic stability and promote sustained and inclusive growth.
The budget seeks to progressively reduce the fiscal deficit to 6.5 percent of gross domestic product (GDP) in 2019 and it has been formulated against the backdrop of the austerity measures being implemented by Government to maintain a sustainable debt position and increase tax revenues.
Minister of Finance Margaret Mwanakatwe announced a K86.8 billion budget for 2019, of which 64.6 percent will be financed from domestic revenues and the balance of 35.4 percent will be financed by domestic and foreign financing and grants.
It is premised on five pillars: economic diversification and job creation, reducing poverty and vulnerability, reducing development inequalities, enhancing human development and creating conducive governance environment and inclusive economy.
The major macroeconomic objectives for 2019 will be to: raise international reserves to at least three months of import cover, increase domestic revenue to not less than 18 percent of GDP, reduce the fiscal deficit to 6.5 percent of GDP, prioritise the dismantling of arrears and curtail accumulation and reduce the pace of debt accumulation and ensure sustainability.
Mrs Mwanakatwe announced significant tax changes in the budget aimed at policy changes in tax administration, strengthening regulations and systems to increase tax revenue generations and collection.
The notable changes proposed are related to the mining tax regime.
The minister proposed that mineral royalty tax rates should be increased to 8 percent, a five percent import duty on copper and cobalt concentrates, export duty on precious metals to be introduced at 15 percent and revision of export duty on manganese ores and concentrates.
The minister also proposed changes to the direct taxes division were Government has proposed that company income tax rate should be reduced, adding value to copper cathodes from 35 percent to 15 percent, withholding tax rate to be increased on payments of dividends, interest and profits on branch remittance to non-residents to 15 percent, mineral royalty tax to be non-deductible and introduction of withholding agents for turnover tax.
Government also proposed that the VAT Act should be repealed and sales tax, which is easier to administer, should be introduced.
Ms Mwanakatwe further proposed some tax changes in the customs and excise duties; introduction of excise duty on non-alcoholic beverages, customs duty on used and retreaded tyres to be increased to 40 percent or K5 per kg and customs duty on all motor vehicles, excluding buses and trucks, ambulances, prison vans and hearses increased to 30 percent.
However, the budget lacked even an inflammatory increase in the tax except thresholds and tax bands for pay as you earn (PAYE).
The continued reliance on revenue generation from PAYE collected from a relatively small proportion of the formal sector working population has a negative repercussion in terms of talent retention and employment prospects.
The 2019 budget tax proposals will help to shift this comparatively high burden of taxation away from PAYE because this reduces the real income in the hands of the worker and it will help to bring equity in tax administration.
The objective of Ms Mwanakatwe‘s budget is to limit fiscal deficit and increase tax revenues.
I believe the fiscal proposals presented in the budget will be sufficient to reset the economy on a trajectory of good growth and all these measures will help to raise international reserves, increase domestic revenue, reduce the fiscal deficit, dismantle arrears and curtail accumulation and reduce the pace of debt accumulation and ensure sustainability.
In addition, the measures will help to expand the tax base; increase compliance and most importantly assist in the reformation of the public sector. This will help in tackling the difficult problems in building a better Zambia.
All these measures are progressive. What remains to be seen is the ability of Government to successfully implement them.
However, critical decisions must be made and actions implemented promptly to steer the country on a path of fiscal consolidation for sustainable development and provide a firm foundation for us to return to moderate debt levels and entrench overall macroeconomic stability.
These are difficult and hard times for our country, and this calls for all citizens to remain united and support Government’s efforts for the love of our country.
We may not agree with how the policies are being implemented, but let’s not lose our identity of a peaceful nation. Let’s continue to provide advice, checks and balances and hold our government accountable, using proper channels.
Whether these measures deliver the desired outcomes will depend on the Government’s willingness, and ability, to make tough choices.
God bless this great country, Zambia, and its leadership.
The author is an economist/ chartered accountant.