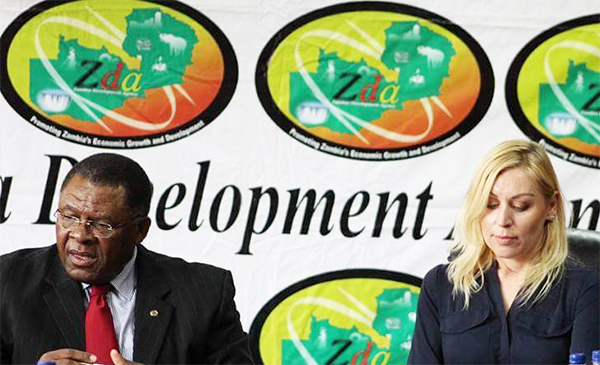 NOMSA NKANA, Lusaka
THE Zambia Development Agency (ZDA) says the political climate in the run up to the 2016 general elections did not erode investor confidence because the country has recorded US$3.4 billion in investment pledges compared to US$3.3 billion in 2015.
The pledges in different sectors of the economy represent a slight increase of 0.7 percent.
ZDA director general Patrick Chisanga said investor confidence remained robust and growing throughout the election period.
Mr Chisanga said with the election period over, ZDA expects more investment pledges and prospects of employment creation this year.
â€œIn an election period, investors normally tend to hold back on their planned investments until they can see assurance of political stability,â€ he said in a statement.
He said the energy sector registered the highest amount of pledged investments during the period under review totalling US$878 million, representing 26 percent of the total pledged investment.
Mr Chisanga said the manufacturing sector recorded 22 percent, agriculture 15 percent while the construction and real estate sectors accounted for nine percent each.
He said the mining and tourism sectors accounted for five percent each.Â  Mr Chisanga said ICT and service sectors accounted for three percent each, the transport sector recorded one percent while the health and agro-processing sectors accounted for less than one percent.
And Mr Chisanga says the economic outlook for 2017 looks bullish.
â€œThe 4.9 percent gross domestic product (GDP) growth projection as estimated by the African Development Bank is an indication of renewed confidence from the year 2016 during which GDP stood at three percent and there was negative drought effects and intermittent electricity supply,â€ he said.