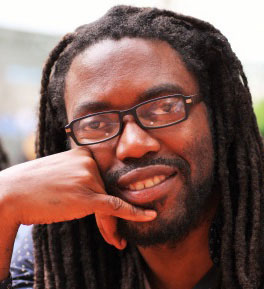 Analysis: JOE KALUBA
IN ORDER for our democracy to mature and for it to be consolidated, we need to be transparent in how we adopt candidates to run for elections. This will bring confidence not only to our political system but also to our citizens and all those wishing to run for public office.
Democracy should start from the party level. Transparency should start from the political organisation. We cannot claim to be a democratic country when our parties encourage injustice and corruption when adopting candidates. We cannot say we will promote democracy when there are favours in our parties. You cannot give to the country what you donâ€™t have or what you donâ€™t believe in.
We have three months between now and the elections. This means expectations from voters are high. The expectations I am talking about are not for what the elected candidates will do. But who is going to be adopted by different parties. It is that part of our democratic and political element that people are not paying attention to. If political parties adopt people who are not equal to the task.,then after August nothing will be done in terms of serving the people.
In this yearâ€™s elections, especially during the adoption process, I want to see transparency, equity, equality and no favours. Both ruling and opposition political parties should come out clean.
We have to build our democracy from within our parties. We have to choose quality and not names. I have no problem however if a â€œbigâ€ name is quality. What matters is such a person should be chosen on merit and not because of tribe, race, sex or influence in the party.
There are cases where people who are in constituency or district executive committee are being given money by aspiring candidates before interviews are conducted. In a named party the entire constituency executive was taken out for a weekend at a named lodge. All expenses paid for by the aspiring candidate. In fact this executive should be suspended or they should not be allowed to conduct interviews. It is this type of deeds which makes our politics rotten and stone-aged.
I have also come to learn that interviews for aspiring members of Parliament in one constituency were chaired by someone who is aspiring for local authority seat of a certain ward. Then interviews for councillors were chaired by an aspiring MP for the constituency where this ward is. Itâ€™s like interview me l will interview you.
To avoid conflict of interest, those in any party position should have resigned before seeking adoption. You canâ€™t both be the interviewer and interviewee.
There are also some cases in some political parties where some people are said not to have made the shortlist due to their tribe and faith. Surely this is also very sad. We want to have the right people running for elections and if we bring in the tribe of a candidate or whether a person goes to church or not, then we have a problem in our inclusiveness task.
There are constituencies where the incumbent in both ruling and opposition parties have not delivered. In normal circumstances, these people should not be allowed to apply for adoption. Some have been MPs for five, 10 or 20 years in these constituencies. I mean if you have not done it in that time what will make you do it in the next five years? We need performers not people who just drink water during parliament sessions. So, there is no personal-to-order seat. We need new people to work for the people.
I have also heard that there are people who have been hand-picked by the party leadership. There is no problem with this but everything must be transparent. Explain to party members why this is done. I know there are some sensitive or competitive seats which need strong candidates.
I also know that there are social media groups especially WhatsApp groups where there is strong campaign for certain individuals. Not that I have a problem with this. However, I think that all major political parties should be very careful.
Try by all means to avoid personal attacks on people who are aspiring for elections be it at district, constituency or ward level. You are on the same team after all. The most complicated part of politics before every election is intra-party politics. So, you ought to be careful what you say in those groups.
Donâ€™t take things personal. If you have personal issues with anyone, especially those aspiring for office, please take them outside the group as mature politicians or supporters.
Believe me when people start to realise that you are using corruption or favouritism to pick your candidates, your party will lose credibility. I am not talking about bitter people who leave because they think they are the best. I am talking about people who would want to stand with you and help you win elections.
A wise person will know if there has been transparency in the picking of candidates while others will not. I know people who left political parties because of what one may say some candidates where picked based on tribe, race, faith or because they were related to certain party leaders. We want to avoid that.
As a champion and promoter of good and just politics, I want to see equality in the adoption process. I donâ€™t want to see corruption and favours during the proceedings. If you corruptly adopt candidates, donâ€™t expect us to have a corruption-free parliament or city/town council.
The author is a PhD candidate in political, gender and transnational studies with International Postgraduate Centre.

Of lost lovers in the hood