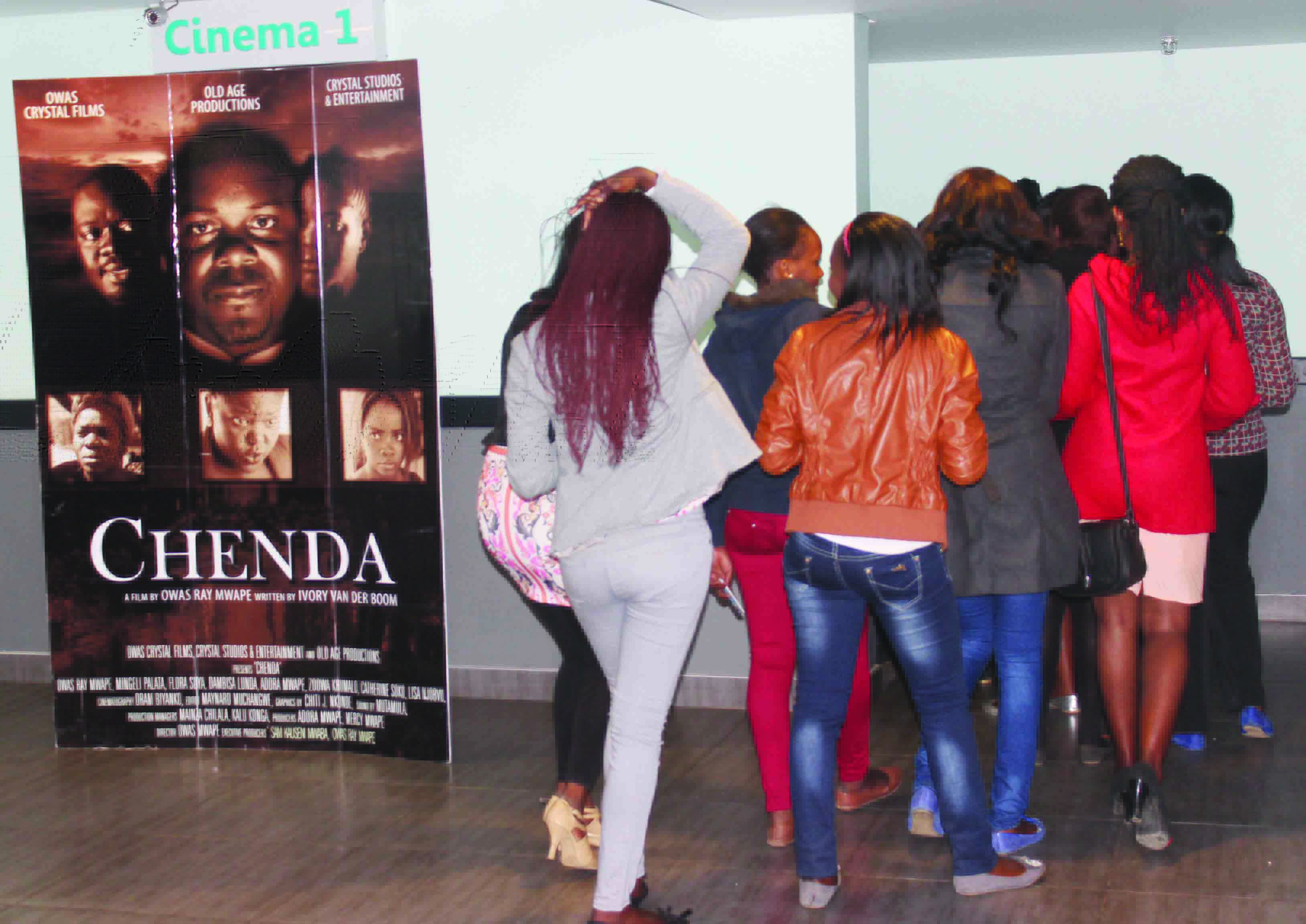 MOVIE REVIEW with SHUPE SAKALA
2015 was a year of blockbuster history locally and internationally. The red carpet was rolled out on numerous occasions.
Film-maker Owas Mwapeâ€™s movie Chenda even made the jump from the big screen to the small screen but televised continent wide on the DStv Zambezi Magic channel. Raising hope that Zambia will soon reach Nollywood status.
President Lungu at the commemoration of MultiChoice Zambiaâ€™s 20th anniversary called for an introduction of a Film Policy, which should give rise to deliberate Government support towards promoting the local film industry.
South Africaâ€™s Department of Trade and Industry offers inducements such as the Foreign Film and Television Production and Post-Production incentive to attract foreign-based film productions to shoot on location in South Africa and conduct post-production activities, and the South African Film and Television Production and Co-Production incentive, which aims to assist local film producers in the production of local content. The South African Emerging Black Filmmakers incentive, a sub-programme of the South African Film and Television Production and Co-production Incentive, which aims to assist local emerging black filmmakers to nurture and grow them to take up big productions and thus contribute towards employment creation.
If the Film Policy offers similar incentives, we could attract international film houses to shoot movies around our numerous lucrative natural settings and boost employment and tourism numbers.
Also the knowledge they would leave behind regarding movie production would also go a long way in enriching the quality of films on our small screens as we roll the Digital Television scheme.
Government will play a key role in promoting the local film industry by also providing funding and other material support to the fledgling industry.
Mulenga Kapwepwe, chairperson of Zambiaâ€™s National Arts Council, says the countryâ€™s film industry is still in its infancy, but that big strides have been made in the recent past.
â€œWe still have a long way to go. The absence of a national film and broadcasting policy has hindered the development of the sector since there has been no clear direction in terms of financing, regulation, protectionism and censorship,â€ she says.
A successful playwright herself, Kapwepwe is happy that Zambians have begun to appreciate the industry by turning out in good numbers every time there is a premiere of a new local film.
However, during her visit to Zambia, Nollywood great, Omotola Jalade-Ekeinde shared that filmmakers must approach their art with a financial strategy if they wanted to be successful.
Omotola said that the Nigerian film industry had proven that there was money to be made in the film industry and that apart from entertaining, movies could also be used to educate society.
During the first African Union (AU) Girl Summit last November in Lusaka, she said filmmakers should take up the task of producing documentaries and movies showing progress being made by governments and development agencies in fighting social ills around health, early marriage and education.
The cinema offers a few hours of light relief, where the audience is transported to other homes, countries or even worlds but you are always assured of walking away with a message that touches your heart.
2016, looks set to continue breaking records and I wish you all a prosperous New Year and enjoy your movies.
Comment: ssakala@daily-mail.co.zm

Masasu out to prove itâ€™s still a force
Who won hip-hop battle?