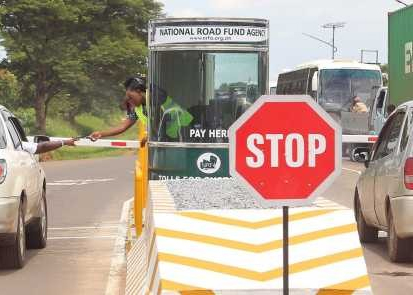 
Mr Hamachila said about 2,000 vehicles have been captured as frequent and local users in the ongoing registration exercise at the three plazas and this qualifies them for discounts of up to 75 percent.
He said this in Lusaka when briefing Mumbwa district commissioner Felix Ndopu on the operational status of the Road Tolling Programme.
“Shimabala has recorded 680 frequent users who will be paying K5 for a single access for smaller vehicles and K10 for bigger vehicles while 432 have been registered as local users to be paying K2 for a single passage for smaller vehicles and K15 for vehicles between two to three axles,” he said.
Mr Hamachila said Katuba has recorded 423 frequent users and 123 local users while Mumbwa has 150 frequent users and 110 local users.
He said frequent user discounts are applicable to motorists who use a particular toll gate on a regular basis while local user discounts are for road users who live within a 10- kilometre radius of a toll station.
And Mr Ndopu said the Mumbwa toll plaza had raised the economic profile of the district through job creation and income generation.
He said the Mumbwa toll plaza had raised K137,000 within four days of its operations and would hence beat the projected revenue of K800,000 in monthly collections.
Mr Hamachila said through the introduction of the discounts, it is believed that the burden of paying frequently for using the tolled roads will be equitably lifted.
He said it was the agency’s hope that the measures would encourage the road users to contribute to the maintenance of roads through equitable payment of road tolls.