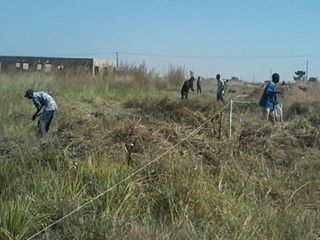 CATHERINE MUMBA, Lusaka
MINISTRY of Lands, Natural Resources and Environmental Protection permanent secretary Trevor Kaunda yesterday told the Public Accounts Committee (PAC) that two officers in the ministry have been suspended to pave way for investigations into the alleged theft of K393,313 through forgery of receipts.
The Auditor Generalâ€™s report has exposed irregularities in which cash receipts amounting to K396,313, issued during the period January 2014 to June 2014, were allegedly manipulated.
Speaking when he appeared before PAC to respond to queries cited in the Auditor Generalâ€™s report, Mr Kaunda said the two concerned officers have been suspended to pave way for investigations.
â€œThe current position is that the two officers concerned have been suspended to pave way for proper investigations into the matter,â€ he said.
Mr Kaunda also said two other cashiers were recommended for dismissal after an audit verification of daily cash collections, reversal reports and deposit slips for the period between January 2 and February 19, 2014 revealed that out of K3,591,467 receipted by the cashiers, only K2,629,149 was banked, leaving K962,318 unaccounted for.
He named the two as Beany Mangala and Victor Matandiko and that they are currently reimbursing part of the money to Government.
Mafinga member of Parliament (MP) Catherine Namugala queried Mr Kaunda on why the two cashiers have not yet been arrested.
Mr Kaunda said the disciplinary committee sat last month and decided to suspend the two.
He, however, said the committee will be kept informed of the progress on the matter.