By CAROLINE KALOMBE
TWO juveniles have been found guilty of murdering and stealing a car of a taxi driver whose body was found dumped in an abandoned building with his facial skin, tongue, ears and private parts removed.
This is in a matter in which the duo is charged with murder contrary to the law.
In delivering judgment, High Court judge Mugeni Mulenga, said the prosecution had proved its case beyond reasonable doubt.
Justice Mulenga said the two juveniles robbed Mr Chipili of a Toyota Camry using force and dumped his body in the abandoned building.
She said the two were seen with the vehicle after Mr Chipili went missing and that they had attempted to sell it but had no documentation for it.
Justice Mulenga said the defence that the juveniles did not know how to drive was unsupported because one of them was seen driving the car and that another taxi driver who knew the owner of the car saw the two with the car.
She said the alibi by the first accused juvenile that he was at home with his brother and father at the time the crime was committed was an afterthought.
Justice Mulenga said this evidence should have been given to the police at the time the two were apprehended but that they did not
Justice Mulenga has reserved sentencing to September 12 as a social welfare report was not provided.
Mr Chipiliâ€™s body was discovered by a caretaker of a building in which his body was dumped with his facial skin, tongue, eyes, ears and private parts removed. 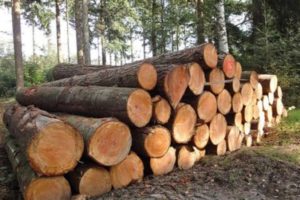