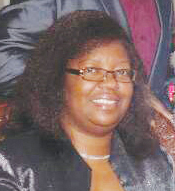 CATHERINE MUMBA, Lusaka
MINISTER in the Office of the Vice-President Sylvia Chalikosa says over 18,000 households who were affected by food insecurity due to

an El Nino in 2015/2016 have received K11.3 million support through the emergency cash transfer.
The Direct Response Emergency Cash Transfer Project is being piloted by Concern Worldwide in partnership with Save the Children, working closely with the Disaster Management and Mitigation Unit and the Ministry of Community Development and Social Services.
Ms Chalikosa said during an emergency cash transfer learning event in Lusaka on Thursday that each family was given K630 in two payments.
She said due to the poor rainfall experienced during the 2014/2015 farming season, the 2016 vulnerability assessment showed that 42 districts would be food insecure and 975,738 people would require assistance in many ways.
“In this regard, plans for relief included the physical distribution of food, a possible scale-up of social cash transfer and an increase in school feeding,” Ms Chalikosa said.
She said Concern Worldwide conducted a market assessment in some of the worst hit districts early last year which established that financial support would be a feasible alternative to food.
At the same function, Minister of Community Development and Social Services Emerine Kabanshi said financial support is good as it allows affected victims to plan for their lives.
Concern Worldwide country director Danny Harvey said the project has leveraged existing institutions such as the District Welfare Assistance Committees and Community Welfare Assistance Committees, which are integral in the effective delivery of social cash transfers.