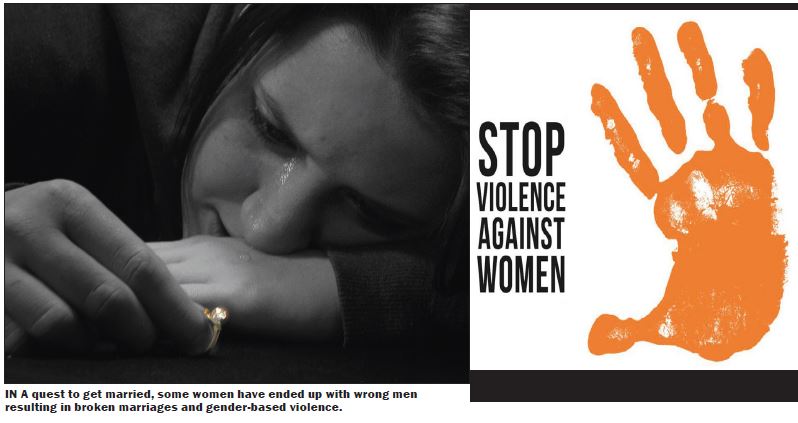 THE fight against gender-based violence has a new champion, and she is too young to even be named or conferred with an award. Too young to have her face splashed on the front pages of newspapers.
Last Friday, a 10-year-old girl of Wusakile Township in Kitwe reported her own father to police after he locked up her mother and beat her until she lost consciousness.
Her father was later arrested by police.
Without doubt, by reporting her own father to police, this little angel saved her mother from possible death, and for that, she has won our hearts.
This little girl has also shown that the fight against gender-based violence must involve everyone who bears witness to the vice, regardless of age or indeed relationship.
By her action, this little girl has also spoken the loudest for many children out there who are silent witnesses to the abusive behaviour of their fathers towards their mothers.
They know mummy gets hit behind the closed door of the bedroom; they are filled with terror each night their father staggers into the house reeking alcohol, they hear mummy screaming, banging on the door and begging for help, but they usually feel helpless.
Or they are too scared to intervene in the scuffle between their parents.
After all, it is an unwritten rule that children should never come between their parents in a fight.
And so they continue suffering. Yes, they, too, are victims of gender-based violence.
They become affected psychologically, they may not say it, but they feel it.
They know it is not right for their father to beat their mother, but what do they do? They are but children.
This story should now serve as a light-bulb moment for all such children.
We also advocate that organisations that deal with gender-based violence advertise toll-free telephone lines in schools so that children can use them to report any form of abuse in their own homes involving their parents.
This would greatly help a mother suffering in silence out there.
The action by this little angel should also inspire many women out there who do not have the courage to report abuse at the hands of their partners. If a 10-year-old girl can do it, you can do it.
And the good thing is that this little girl will never suffer abuse at the hands of her partner because she has chosen to be different from an early age. She knows that no man should lay a hand on her.
We must raise a new generation of women who can stand up to abuse, a new generation of women who have enough self-worth to walk away from an abusive partner.
Only then are we going to truly win the fight over gender-based violence.
What is really disappointing, though, is that the victim in this case reportedly tried to have her husband released.
Well, we are not very disappointed, because this is a common narrative. But it must change.
Many women have walked back into the arms of their abusive husbands only to end up dead.
We also want to commend the police at Wusakile Police Station for attending to this little girl, and responding to her SOS. This is what professionalism demands.
Police should now ensure that their little informant is further protected from any form of victimisation from her parents.

Stop the robbers
Church must sit up