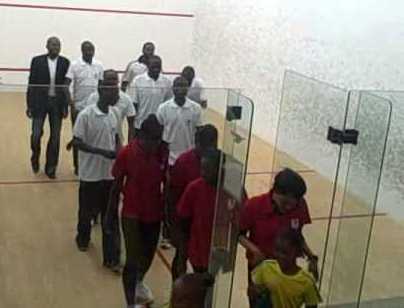 MULWANDA LUPIYA, Kitwe
FIFTEEN teams are this weekend expected to jostle for honours during the Executive tournament to mark the official opening of the refurbished Nkana Squash Club in Kitwe.
The club has for the past three months been undergoing renovations courtesy of Atlas Copco, Barloworld and Mopani Copper Mines.
Secretary Mwewa Kapata said in an interview in Kitwe yesterday that the tournament is billed for Saturday.
Kapata said each team will field five players.
He said the club is grateful to the three companies for refurbishing the club.
The courts, toilets and changing rooms were given a facelift.
Kapata is confident Nkana Squash Club will host big tournaments in future.