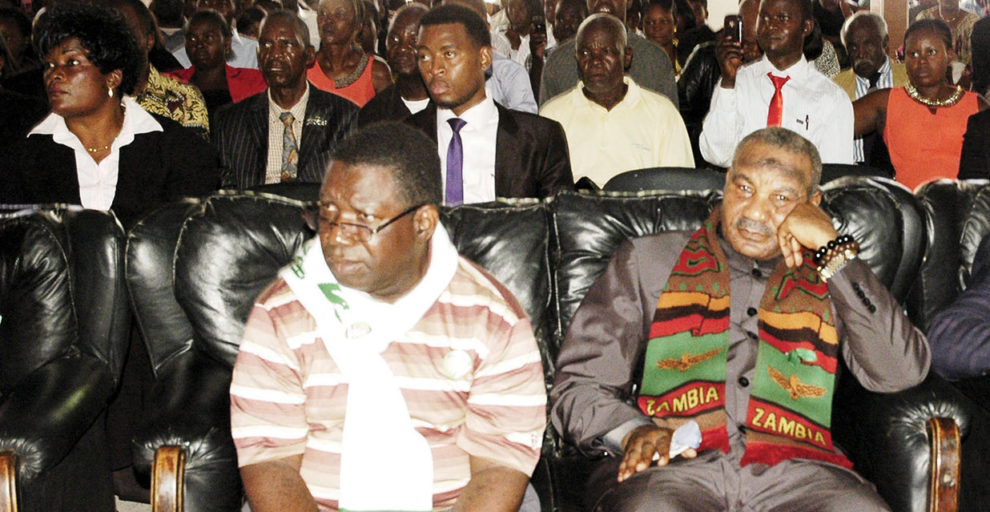 VIOLET MENGO and FRANCIS LUNGU, Lusaka
TO MANY Zambians, Lupando Augustine Festus Katoloshi Mwape, the former Vice-President, was known as a very dedicated man to duty who was always ready to serve the nation and ensure that all people lived in peace and harmony.
To those that worked with him, Mr Mwape, 69, was a very diligent man who worked in harmony with anybody.
In his political career spanning six years, he impacted his workmates and those that he interacted with during his time as Member of Parliament (MP), Minister and Vice-President of Zambia.
Mr Mwape came into the political limelight in 2000 when he was elected MP for Lukashya on the MMD ticket.
Later in 2001, he was appointed Minister of Transport and Communication. During this period, he also served as chairperson of Africa Telecommunication Union (ATU) and a member of the Zambia National Tender Board (ZNTB). In 2002 to 2003, he was co-chair of the TAZARA Council of Ministers.http://epaper.daily-mail.co.zm/