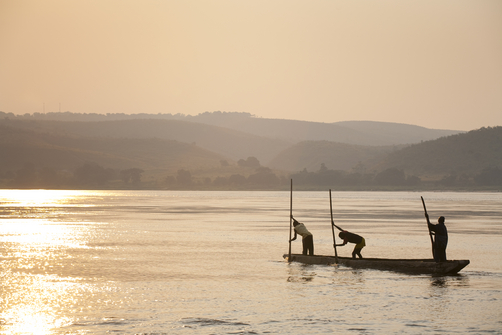 MUBANGA NONDO, Ndola & DORIS KASOTE, Lusaka
OVER 100 fishermen of Mpulungu who were arrested by Congolese authorities for allegedly fishing on the Democratic Republic of Congo side of Lake Tanganyika have been released.
Speaking in an interview last night, Northern Province minister Freedom Sikazwe said the 123 fishermen were released together with their nine boats upon payment of a fine of K18,000.
â€œThe Congolese were initially asking for K7,000 on each boat but the Mpulungu District Joint Operation Committee negotiated that the fishermen pay K2,000 on each boat,â€ Mr Sikazwe said.
According to Northern Province deputy commissioner of police Alfred Nawa, the fishermen were arrested on Wednesday around 01:00 hours on the waters of Lake Tanganyika.
Mr Nawa said the fishermen were detained on Mushambi Island, which borders the DRC and Zambia.
He said security personnel had travelled to Congo to negotiate for the release of the fishermen.
â€œThe Congolese soldiers captured the boats with the Zambian fishermen and who were in custody since Wednesday. We have sent security personnel to talk to the headmen on the Congolese side on the possible release of the fishermen,â€ Mr Nawa said.