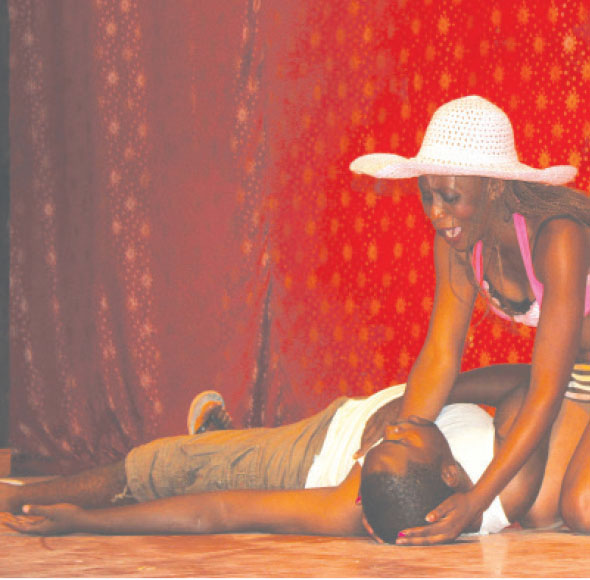 KELVIN KACHINGWE, Lusaka
CHINGOLA Arts Society (CAS), Kasama Arts, Kabwe Arts, Africa Directions of Lusaka and Bantu Theatre of Lusaka are among the 10 groups expected to take part in the Mwansabombwe Theatre Arts Festival (MWATFEST), which will run from April 25 to May 1, in Mwansabombwe, Luapula Province.
Festival director Isaac Kalumba named the other groups as Tapheza Theatre, Matero Theatre, Nkwazi Theatre, Zambia National Service (ZANASE) Theatre and Gracious Mwiya Dzeko Theatre, all of Lusaka.
Kalumba says the festival will go on as planned following good response from the National Arts Council (NAC), National Heritage Conservation Commission (NHCC), Ministry of Tourism and Arts, through its established channels, and Mable Shaw Girls Secondary School, which is hosting the festival.
â€œThis does not mean that we have everything in place, we are still asking for more partnerships with various stakeholders to come on board in bringing Mwansabombwe district to a stand-still during this festive period,â€ he says.
According to a tentative programme made available to the Weekend Mail, groups are expected to depart for Mwansabombwe on April 24 in readiness for the march past from Kazembe Post Office to Mwata Kazembeâ€™s palace, and from Mbereshi turn-off to Mable Shaw Girls Secondary School.
Tapheza Theatre will be the first club to take to the stage, to be followed by Bantu Theatre Club. The next day, the festival will open with a workshop on teenage pregnancies and early marriages, before performances by Kabwe Arts Theatre and Chingola Arts.
The festival continues with workshops on teenage pregnancies and early marriages and basic community theatre skills, which will be followed by performances by Gracious Mwiya Dzeko Theatre and ZANASE Theatre.
Day five of the festival will continue with workshops on basic community theatre skills and community theatre skills in the morning, and performances in the afternoon by Kasama Arts and Matero Theatre.
This will be followed by 10 outreach drama performances on teenage pregnancies and early marriages, before Nkwazi Theatre and Africa Directions take to the stage. The last day of the festival will have poetry and dance performances.